Important Facts on German Laws of Succession and German Probate

German lawyer Bernhard Schmeilzl, LL.M. (Leicester) specialises in British-German and American-German inheritance law ever since his admission to the German bar association in 2001. Together with his team of British and German succession and probate law experts he has compiled an easy to understand brochure “German Probate” which provides essential information on German inheritance law to British Solicitors and US lawyers as well as executors and administrators who need to deal with assets in Germany or who are faced with having to interpret German Wills. The brochure explains German intestacy rules, formal requirements on how to set up a German Will and the basics of the inheritance tax system. It is available for download here: German-Probate-and-German-Inheritance-Tax. 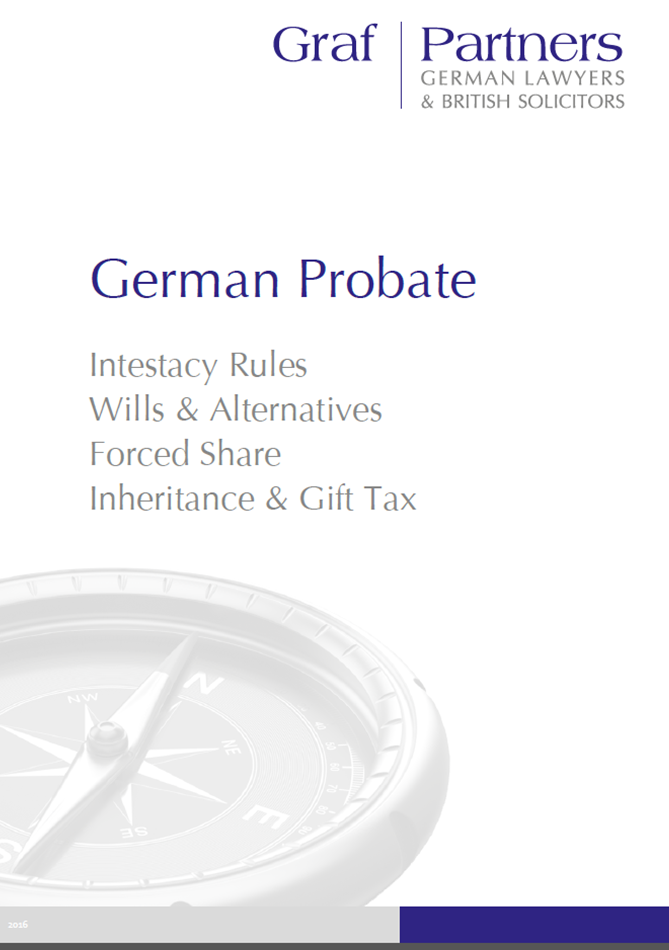 Brochure on German Probate and Succession

Some of the legal facts on German law explained in the brochure are:

For more information on cross border probate matters and international will preparation see the below posts by the international succession law experts of Graf & Partners LLP: