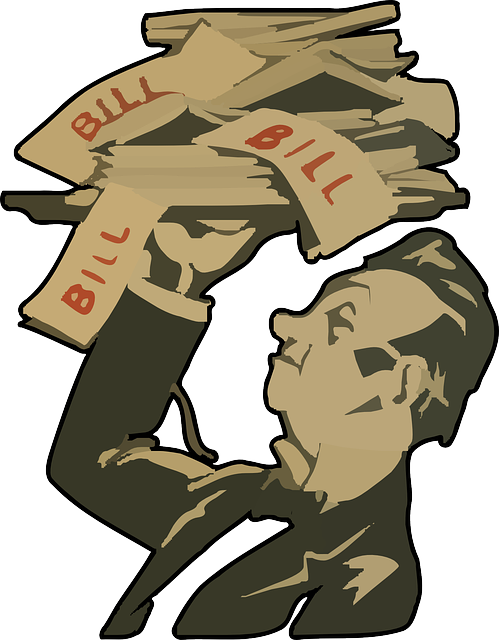 If you have received an inheritance which comprises German assets, in particular German property, this inheritance may or may not trigger inheritance taxes in Germany and / or the UK. We have explained these IHT issues in detail in the following posts:

However, inheritance tax (Erbschaftsteuer) is not the only kind of tax you need to consider when you find yourself the beneficiary of a German estate. In many cases, the beneficiaries wish to sell their inherited German property (or other assets), especially if they do not have any ties to Germany and keeping the foreign property would create administrative hassle and force them to hire a German tax advisor and accountant.

Before putting the German property on the market (more here), the beneficiaries should, however, check how long the deceased had already owned the property. If that period was less than 10 years, the sale of the property may create German Income Tax dues in the form of Capital Gains Tax. The relevant German statute is section 23 Einkommensteuergesetz (Income Tax Act).

Even if the beneficiary is a resident of and domiciled exclusively in the UK and has never had any dealings with the German tax office, selling an inherited asset triggers such German Capital Gains Tax if the ownership-period was less than 10 years (for immoveables) or less than 1 year (for other assets).

The Double Taxation Convention between Germany and the United Kingdom stipulates in article 13:

Article 13 Capital gains
(1) Gains derived by a resident of a Contracting State from the alienation of immovable property referred to in Article 6 and situated in the other Contracting State may be taxed in that other State.

The full German-British double taxation agreement (Doppelbesteuerungsabkommen Deutschland und UK), or to be precise, the Convention between the Federal Republic of Germany and the United Kingdom of Great Britain and Northern Ireland for the Avoidance of Double Taxation and the Prevention of Fiscal Evasion with Respect to Taxes on Income and on Capital, is available for download here: 2010-11-23-grossbritannien-abkommen-dba-gesetz

How is Capital Gains Tax Assessed?

Section 23 para. (3) EStG defines the “Gewinn” (capital gain) as: Selling price minus purchase price minus attributable costs (e.g. notary fees, estate agent fees, land registry fees, land tax, stamp duty, repair and renovation costs etc). Thus, in many cases the actual capital gain is not as high as it may initially appear to the beneficiary if one only considers the increase in property value itself. Whether and to which extent a British tax resident is entitled to these deductions is regulated in section 50 German Income Tax Act. The details, as the statute shows, are hellishly complicated.

In many cases, the actual amount of Capital Gains Tax due in such cross-border inheritance cases is not so high that it would justify keeping the property just for the reason of avoiding that tax. Yet, in expensive cities like Munich, the increase in property value may be significant and it may be a wise choice for the beneficiries to wait until a full 10 year ownership period is reached. Due to the German principle of universal accession, the ownership period of the deceased is not “lost” but the beneficiaries are entitled to claim this period for themselves. If, for example, the deceased had purchased the property 8 years prior to his death, then the beneficiary will only have to keep the property for another 2 years to avoid section 23 Capital Gains Tax.

And then, of course, there is the matter of German land transfer tax, also called property acquisition tax (Grunderwerbsteuer), which is similar to British stamp duty tax, but the tax rates differ from German state to state (a schedule with the respective property acquisition tax rates throughout Germany is available on the Wikipedia website). Thankfully, this tax only concerns the purchaser. Some more details are explained here.

More information on buying property in Germany, the German Land Registry, the German conveyancing process and the rights and duties of tenants and landlords in Germany is available in these posts:

– Legal guide to buying a house or apartment in Germany

– Apartment Prices in Germany: How to get a quick Overview

– Searching for Property Information in the German Land Registry

Or simply click on the sections “Property” or “Conveyancing in Germany” in the right column of this blog.

The law firm Graf & Partners and its German-English litigation department GP Chambers was established in 2003 and has many years of experience with British-German and US-German probate matters, including the representation of clients in contentious probate matters.

We also advise and represent foreign clients who wish to purchase or lease property in Germany. In case you would like to obtain specific advice on a specific case or need assistance in buying, selling or leasing property in Germany, please contact German solicitor Bernhard Schmeilzl, LL.M. (Leicester) at +49 941 463 7070. 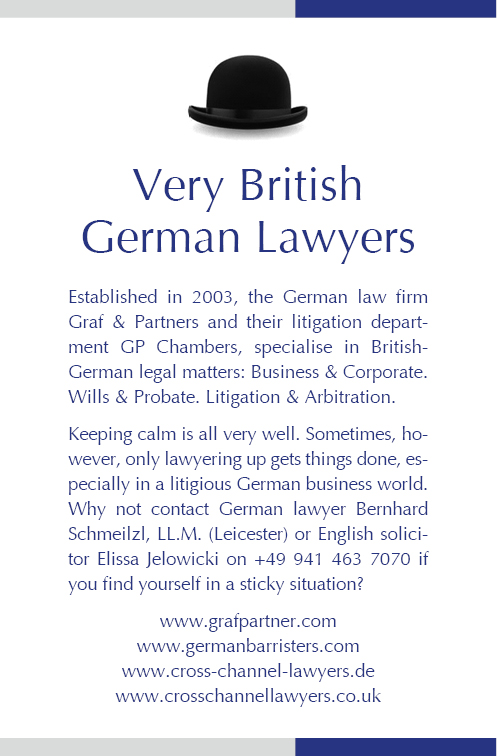