What does a genuine German Certificate of Inheritance look like? 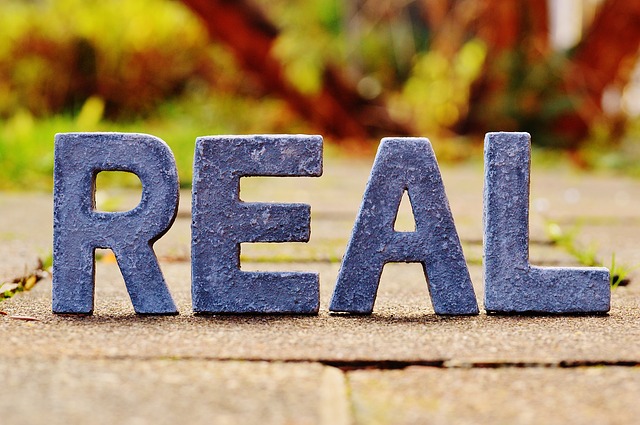 Beware of internet and email scams informing you about an inheritance you have made. If it sounds too good to be true – it is!

Every day, thousands of people receive emails from criminals who attempt to defraud them by using the inheritance scam. As a law firm dealing with international probate matters, we receive at least one enquiry per day whether a notification about an inheritance is real or fake. Sometimes, unfortunately, the clients do ask us only after they have transferred a significant amount to an alleged bank, probate court or a lawyer who claims that the fee is necessary to obtain an “anti money laundering certificate” or some other fantasy document. In our firm’s practice we have seen the most stunning and colourful documents, including an „affidavit of proof“, an „anti terrorist certificate“ and a „change of ownership certificate“. In a recent inheritance scam case the client was sent these fake invoices: invoice_1 and invoice_2.

The sad record is held by a German client who had already transferred EUR35,000 to a fake “UK solicitor” before he became suspicious. Of course, in reality the client had corresponded with some anonymous criminals sitting in Nigeria (the police report stated later), who were never identified.

Rule number one is: Banks and courts generally do NOT correspond by email. Rule number two is: Do not make any payments except for court fees or inheritance taxes. Any other reason why you should make an advance payment is just pure nonsense. In Germany, prior payment of inheritance tax is, in contrast to the UK, NOT necessary in order to obtain probate. In other words: German Grant of Probate (Erbschein) is issued first and THEN you pay German inheritance tax (for details on German IHT see here). The procedure of how to apply for a German Certificate of Inheritance is explained in great detail here: How to Apply for German Probate.

Should someone notify you about an inheritance and claim to be a German lawyer, here’s a checklist on how to find out whether you are dealing with a real German Rechtsanwalt or rather with a criminal who uses a fake identity.

To give you an idea what a German Erbschein (Certificate of Inheritance) actually does look like, we have uploaded a sample document from real life here: 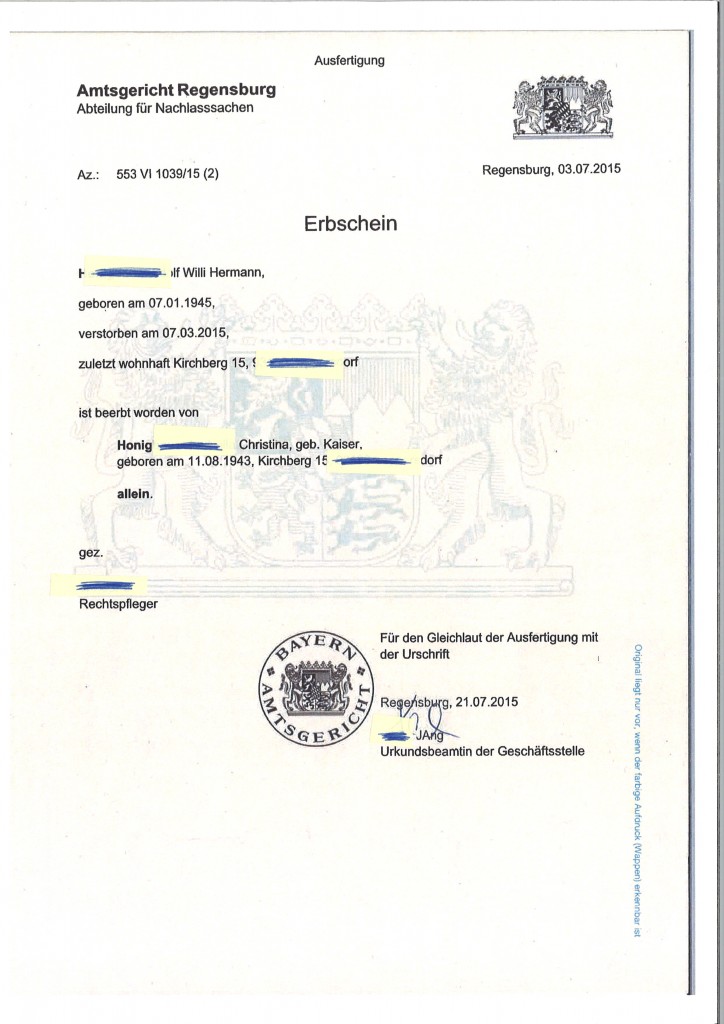 “Amtsgericht” means Circuit Court and “Abteilung fuer Nachlasssachen” means Probate Department or Probate Registry. In this case, the German Certificate of Inheritance was issued to the surviving spouse of the deceased, so the text is very brief. If there is more than one heir (beneficiary), the Grant will be longer. Please keep in mind that Germany is constituted of 16 different states (for map see here), so the probate court seal in the top right corner may look different depending on in which German state (Bundesland) the respective probate court is situated (in this sample case it was the city of Regensburg in Bavaria). However, German inheritance and probate law rules are uniform throughout Germany (with some exceptions in regards to probate procedure in the south western state Baden-Wuerttemberg, where the notaries act as Probate Court).

Should you still be in doubt: Feel free to send us an email. We can tell you within 5 minutes whether you have really inherited from a distant uncle or (and this is unfortunately the rule) you are being taken for a fool by some criminal.

The law firm Graf & Partners was established in 2003 and has many years of experience with British-German and US-German probate matters. If you wish us to advise or represent you in a German or cross border inheritance case please contact German solicitor Bernhard Schmeilzl, LL.M. (Leicester) at +49 941 463 7070